To share your memory on the wall of Ray Pegram, sign in using one of the following options:

Print
Ray Pegram, 97, of Spindale, passed away Wednesday, October 7, 2020 at Oakland Living Center. A native of Henderson County, he was the son of the late Julius Faustus and Vista Merrell Pegram and husband to the late Madge Hardin Pegram.

R... Read More
Ray Pegram, 97, of Spindale, passed away Wednesday, October 7, 2020 at Oakland Living Center. A native of Henderson County, he was the son of the late Julius Faustus and Vista Merrell Pegram and husband to the late Madge Hardin Pegram.

Ray retired as president of Elmore Corporation. He served as a radio operator on a Douglas C-47 military transport aircraft in the US Army Air Corp. During WWII Ray participated in the Normandy Landings, Operation Market Garden, and Operation Plunder.

Left to cherish his memories are his children, Stan Pegram and wife Kathay of Cleveland, TN and daughter Jan Pegram Ballard and husband Larry of Raleigh; Granddaughter Jennifer Pegram Schulze and husband Jason. In addition to his parents and wife, he was preceded in death by brothers, Willis, John, James, and Harold.

The family would like to express sincere appreciation and love to Mike and Arlene Smith, and the staff at Oakland Living Center for their excellent care.

A private family service will be held. In lieu of flowers memorials may be made to Spencer Baptist Church 187 North Oak Street, Spindale NC 28160.
Read Less

Receive notifications about information and event scheduling for Ray

Consider providing a gift of comfort for the family of Ray Pegram by sending flowers.

We encourage you to share your most beloved memories of Ray here, so that the family and other loved ones can always see it. You can upload cherished photographs, or share your favorite stories, and can even comment on those shared by others.

Posted Oct 11, 2020 at 02:57pm
My sincere sympathy is extended to the family & friends of Mr. Ray Pegram. If I may share a personal memory, back in 1966-67, I delivered the Charlotte Observer in Spindale while I was in college. In those days, the "newspaper boy" also collected for the papers, usually either weekly or monthly, and I was afforded the opportunity to get to know many of my customers. I became acquainted with many fine people in Spindale and the Pegrams stand out as some of my favorite people to call on and collect my paper money. They were always so very nice and I count it an honor to have gotten to know them during those days. May precious memories abound for all those who loved them. Doug Huntley, Laurinburg, NC
Comment Share
Share via:
JB

Thank you for sharing, Doug. He continued to take the Charlotte Observer until they stopped home delivery in the county just a few years ago. Jan Ballard (Ray and Madge's daughter)
TW

My heart aches for you during the loss of your beloved Dad. I know how much you love him! My thoughts and prayers are with you during this difficult time.
Comment Share
Share via:
JB

Thank you, Teresa. We will miss him, but we know that he is in a much better place now! 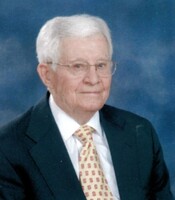