To share your memory on the wall of Norris Bailey, sign in using one of the following options:

Receive notifications about information and event scheduling for Norris

Consider providing a gift of comfort for the family of Norris Bailey by sending flowers.

We encourage you to share your most beloved memories of Norris here, so that the family and other loved ones can always see it. You can upload cherished photographs, or share your favorite stories, and can even comment on those shared by others.

Posted Nov 06, 2020 at 06:02pm
My love and sincere sympathy to the family of Norris Bailey. He and my dad, Earl Hennessee, worked together at Carolina Freight and were the best of friends.
Comment Share
Share via:
LH

Posted Nov 05, 2020 at 08:20pm
Norris was a very sweet and kind natured man! He was always willing to help anyone with anything that he could! I shall always remember his sweet smile and his loving heart! May he "Rest in Peace" ! You were very Loved and will be missed ! May God give Comfort and Peace to your wonderful family and Friends! Linda Horne
Comment Share
Share via:

Posted Nov 05, 2020 at 08:52am
Betty & Lori, You all are in our thoughts and prayers! Lori I am thinking about you and your mom and sisters and I am so sorry for your loss!! I will continue to pray for your family!! Love yall, Shonda (Regina) Bright
Comment Share
Share via: 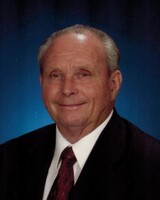